PAPER POWER PASSION
The words of Riccardo Falcinelli and the illustrations of Andrea Serio pay homage to an ancient and modern act: taking notes, a key action to exploring the contemporary.

On Sunday 20 November the presentation of Cartaceo went on stage in the Salone d'Onore of the Triennale di Milano. Cartaceo is a project created by the Burgo Group in collaboration with Associazione Illustri and ArtsFor to celebrate paper as the meeting place for word and image.
The presentation was included in the program of BookCity Milano, renewing the connection between Burgo Group and the event.

Cartaceo#04 called Riccardo Falcinelli and Andrea Serio to work together around a special keyword: taking notes.
Riccardo Falcinelli's words and Andrea Serio's illustrations have come together in a booklet, printed in a limited edition on Prisma UP Silk 2SC paper. Texts and illustrations revive the importance of the act of taking notes and bring to the surface the value that paper, as a tool, a medium, and a physical space, holds in creative and mnemonic processes.

"We coordinate eye, mind, memory, and action in perfect synchronism. The hand moves over the paper, the eye watches the hand, the thought takes shape, then comes out of us, and settles on the sheet. But there's more: this synchronism can help concentration. If the digital makes us fast, associative, and intellectually quick, the paper makes us meaningful and meditative. [...] Paper, on the contrary, makes us slow down, and get to the bottom of things."

It's easy to empathize with Falcinelli's words and it's just as immediate to feel the fascination of Andrea Serio's illustrations that accompany those thoughts. 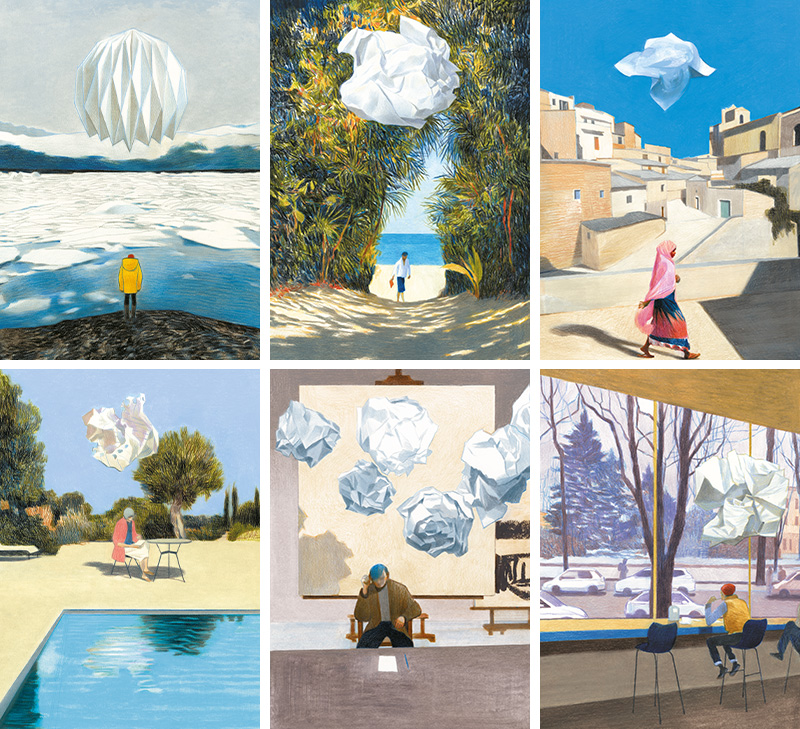 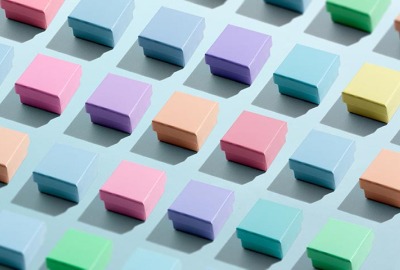 The event at the Triennale was the opportunity to transform this collaboration into a performance, vivified by the words of Riccardo Falcinelli and the live painting by Andrea Serio. 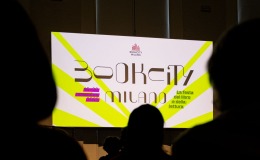 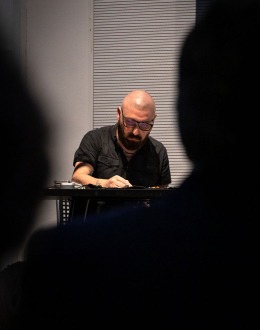 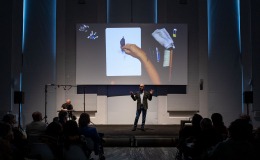 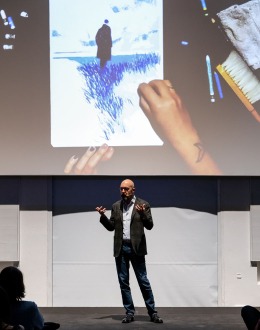 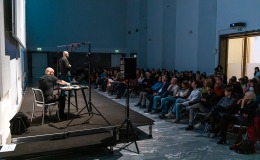 Andrea Serio's colourful pastels are collected in the 2023 Burgo Calendar.

“People taking note are the main characters in these images. Some are portrayed precisely in the act of writing, while others in the moment just before or after, immersed in different settings and climates, which ideally follow the changing of the seasons. The physical act of writing something down, planning, taking notes on paper — and in many cases setting aside those notes — is represented above them, in the form of folded, balled up, crumpled paper”.

Each plate is accompanied by an extract from Riccardo Falcinelli's text, almost in the form of a note. 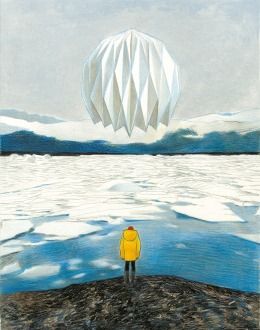 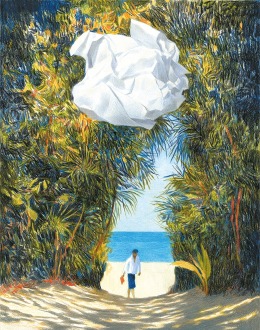 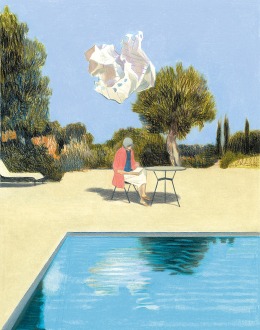 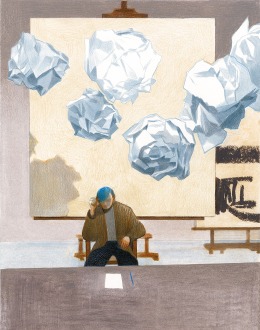 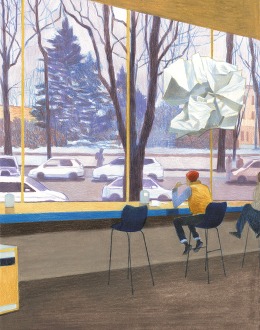 The Burgo Group Calendar is a tradition that has been renewing itself since 1997, sealing the link between paper, art, word, culture, and beauty – year after year, thanks to the collaboration with Italian and international artists. 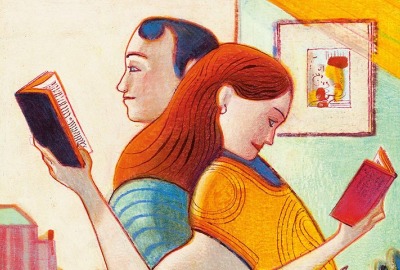 It was flight that stood out more than twenty years ago in the paper wings that Folon created for the Group as part of its venture into calendars entrusted to the talent of celebrated illustrators. This project was the brain child of Aldo Marchi, developed over the following years by his sons Girolamo and Alberto, and acquiring a strong, unique, international identity. 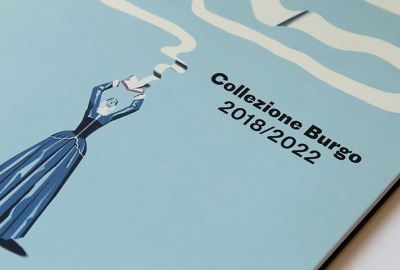 After the debut of the first collection in 2017, Collezione Burgo is back: a new, precious volume that collects the works from the last five editions of the Burgo calendar, signed as always by great artists of illustration. 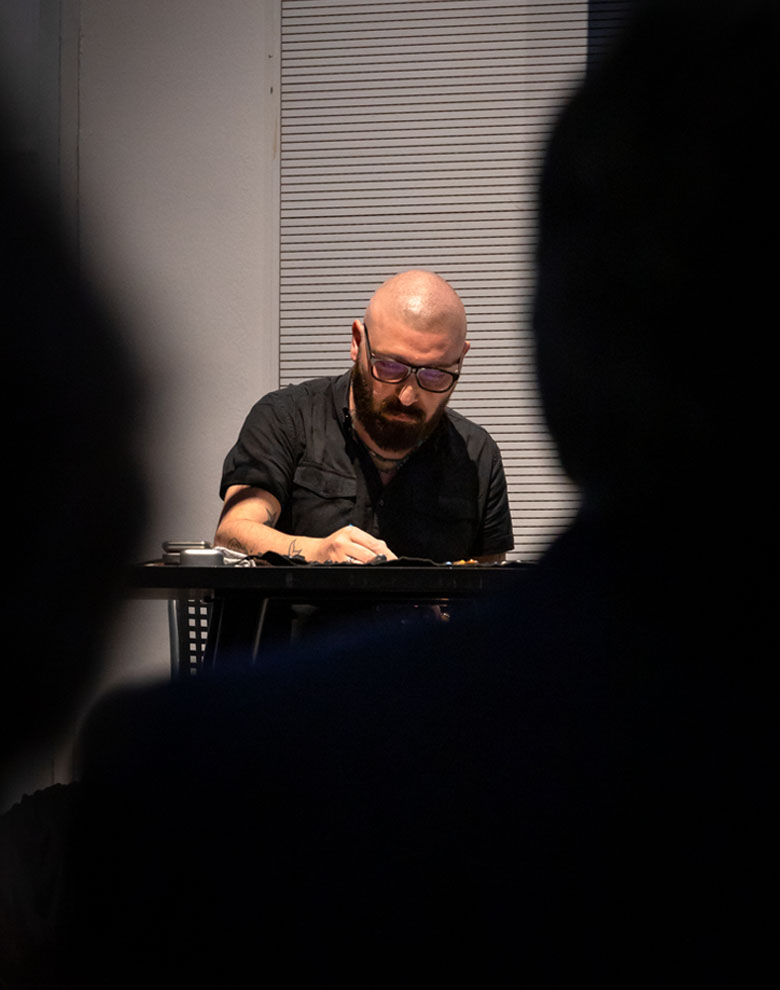 Andrea Serio was born in Carrara, Italy in 1973.
Illustrator and cartoonist devoted to using pastels and coloured pencils, his drawings have been displayed at major national and international events. He has illustrated children’s books and posters, as well as book, magazine and album covers.

In 2017 and 2020, the Galerie Glénat in Paris, France dedicated two personal exhibits to him. Seriously (Spaceman Project) came out in 2018, an anthology of his most representative works over nearly 20 years of being active. After the success of Rapsodia in blu, his first single-author graphic novel, translated and published all over Europe, he took on Igort’s comic noir Gauloises (Oblomov 2021).

He is a lecturer and Artistic Director at Scuola Internazionale di Comics Academy of Visual Arts and New Media in Turin.