PAPER POWER PASSION
Paper and energy, tradition and innovation, development and sustainability: the Burgo Group's synergies are the fruit of experience and chart its future trajectory.

When Luigi Burgo, founder of the paper group that bears his name, settled in Verzuolo (Cuneo) in 1897, he was a young engineer with a good knowledge of the embryonic field of electricity. 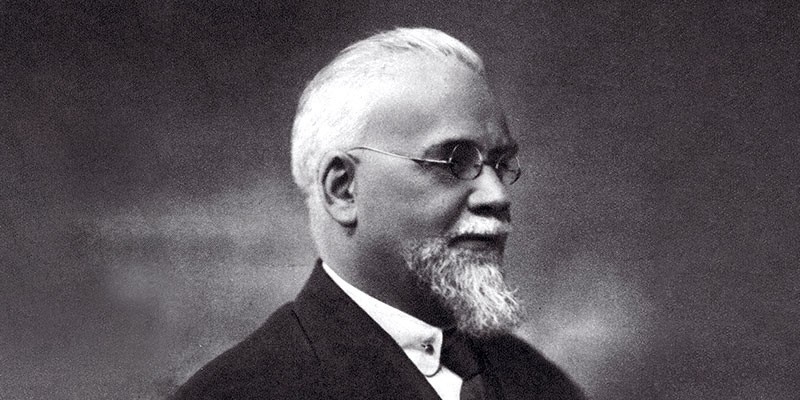 He came to Saluzzo from his native Liguria after meeting with Tommaso Toesca, a winder at the Thury workshop in Genoa, who had told him about the need for public lighting in the Municipality of Verzuolo.

Thus, through the company Alimonda Burgo & C., which he founded in Genoa in 1899, he created the first hydroelectric power station in Verzuolo, providing the town with lighting.

The plant's daily excess power production, together with the abundant water supply in the area, made it possible for Luigi Burgo to set up a paper production plant.

Since then the company has grown year on year, becoming a European giant by 1930, 25 years after it was founded, with 5,400 employees and eight plants (Verzuolo, Corsico, Maslianico, Pöls, Fossano, Treviso, Romagnano Sesia and Lugo di Vicenza).

In 1921 Luigi Burgo was appointed Cavaliere del Lavoro and then Senator of the Kingdom.

In 1943 the tragic events of the war led to Luigi Burgo being imprisoned in Verona, accused by Mussolini of plotting against fascism.

After months of harsh imprisonment, which forever marked his life, Luigi Burgo was released and on 20 June 1946 the High Court of Justice reinstated him as Senator after he had been stripped of all his roles and had his assets confiscated.

From 1947 to 1953 Luigi Burgo was represented in the companies by his trustee, returning to the head of the company as Honorary Life Chairman on 22 July 1953 until his death on 8 March 1964.

The origins: a company that made history in Italian industry

The paper mill in Verzuolo (Cuneo) was founded in 1905, an initiative resulting from Luigi Burgo's insight that the excess power from the plant, founded a few years earlier, could be used to start the new business. Burgo soon achieved significant results: 50 quintals of packing paper in the first year, 315 employees in 1909, the award of the Gran Premio in 1911. In 1918 Burgo was already the largest Italian paper producer, able to free the country from the need to import newsprint.

The 1929 crisis did not affect the Company; it grew, purchased plants and developed energy projects, including projects related to raw materials, and then started to produce cellulose, setting up Cellulosa d 'Italia-CELDIT with the IRI, founded the institute for experimental poplar cultivation, and adopted the policy of care for resources and the environment that remains the hallmark of its production today. 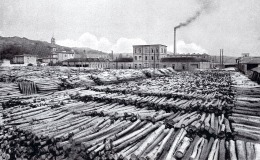 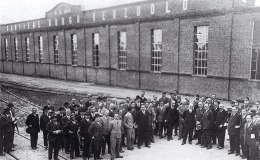 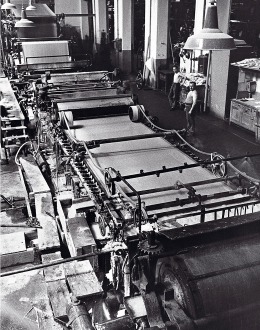 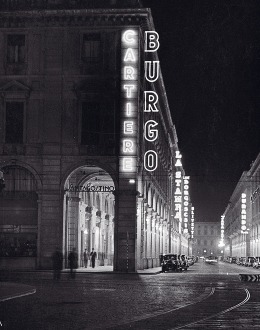 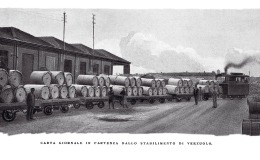 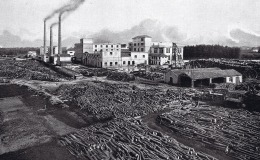 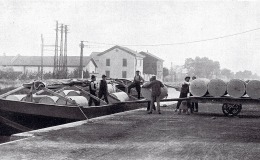 Development: post-war to the 1960s

After the war, Burgo embarked on a far-reaching plan to modernise its plants, acquiring shares in other companies in the paper sector and those connected to it. Furthermore, it responded to new market demand by producing new papers (such as packing papers, food papers and papers designed for packaging) and increased the production of coated paper for publishing purposes: increasing prosperity had in fact boosted the demand for books, magazines, newspapers.

In 1960 Burgo was the first company in Italy to venture into the tissue sector. In a joint venture with the American group Scott, it created the Burgo Scott group, with plants in Villanovetta, near Verzuolo, Maslianico, Maraino and Romagnano Sesia: an initiative that would last over 20 years. 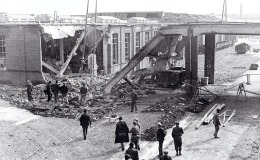 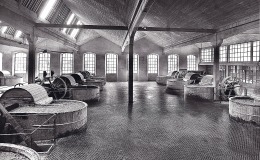 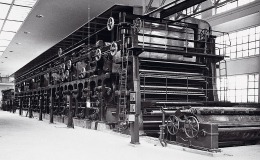 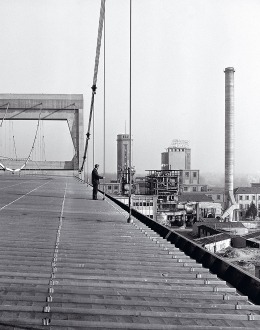 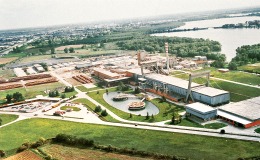 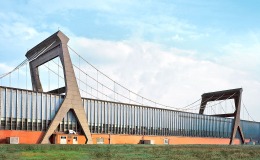 The 1980s: conversion and the first partnership with Trademarks

For Burgo, the 1980s were years characterised by restructuring and the conversion of its production: widespread market difficulties forced a capital increase with new shareholders to enable a return to growth. These were the years of the first contact between the Burgo and Marchi companies: in 1989 Marchi acquired 75% of the Toscolano Paper Mill together with Burgo (25%): it was the beginning of a new and fruitful working relationship.

An aggressive investment plan, with new production lines (PM3 at Duino), conversion to the production of coated papers on lines previously dedicated to natural papers (coating machine at Avezzano, PM7 at Verzuolo), and the acquisition of new plants (Tolmezzo, Chieti, Marzabotto), resulted in increased productivity for Burgo.

The period also saw the establishment of Co.Me.Cart. which is responsible for the development of technologies and plants for paper production.

It is interesting to remember that the Marchi family operated in Veneto in the early 1900s (subsequently expanding in the 1920s and 30s) in the silk production sector. After World War II, Marchi entered the paper market with the acquisition of a majority stake in Typolithography Palladio. Entry into the paper sector began in 1952 with the Arzignano paper mill, now no longer active, followed in the early 1960s by the Valchiampo paper mill and in 1971 by the Sarego paper mill. While acquisition of the Toscolano paper mill occurred in 1988 and that of the Villorba Paper Mill in 1998. 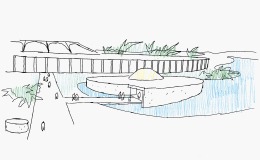 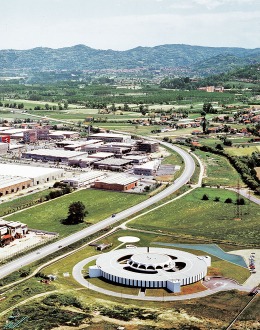 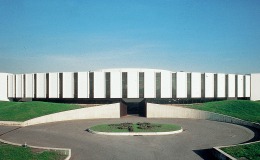 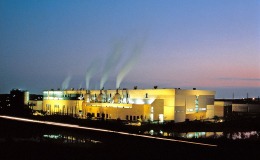 In the 1990s Burgo confirmed its vocation for innovation: it developed paper technologies (particularly in the reel paper sector), specialised in environmentally sustainable solutions, and opened up new business opportunities, by developing the power plants at its mills and boosting its efforts in the production of raw materials.

This is exemplified by the production site of Burgo Ardennes, Belgium, which combines paper and cellulose production perfectly, with minimal water consumption and marks the transition to a major internationalisation. 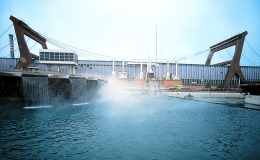 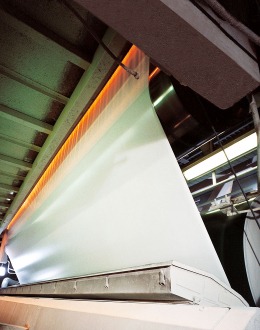 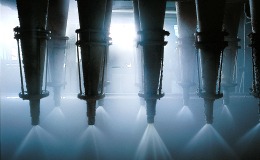 From 2000 to the present: the years of integration

In the spring of 2000, at a period of profound dynamism and transformation, Dieci S.r.l. (whose shareholders include some of the "historical" financial investors) successfully launched an takeover bid of all of the company's shares, which it incorporated in 2001, taking on its name. Following this takeover, the company was no longer listed on the stock market, where it had a fixture since 1929.

In 2001, the new PM9 line was launched at the Verzuolo plant: this is one of the most modern machines in the world and it has set the world record for speed in the production of coated mechanical papers a number of times.

Energy production increased significantly: in 2003 a business unit was established for the energy sector (BLUE), responsible for the costs and revenues of related activities and with the task of making best use of the company's energy system. In the same year, following market liberalisation, Burgo Energia was established to market the energy produced and purchased.

Corporate changes followed until, in 2004, the Marchi family assumed the role of Burgo's first shareholder.

As of 2006, a number of factors, including the fall in the consumption of graphic papers, new digital technologies and changing consumer habits, the contraction of market prices, the increased supply of raw materials, led the Burgo Group to adopt a strategy of repositioning production and the product portfolio, through the reduction of production capacity for graphic papers, with the consequent painful closure of some plants.

In 2013, Mosaico S.r.l. was established, with the intention of bringing together all the special paper production activities in a single company, to which the Burgo Group transferred the Chiampo, Lugo, Treviso and Tolmezzo plants on 1 January 2014, followed by the Toscolano plant on 1 January 2019. Mosaico S.r.l. focuses on the development, production and sale of special papers, for a wide range of applications that require highly specialised know-how: flexible packaging papers, self-adhesive and "wet glue” labels, special graphic papers and cardboards.

The production repositioning strategy continues with the conversion to paper production for corrugated cardboard used in the packaging industry at the Avezzano and Verzuolo plants.

The first stage of the project was the reconstruction and redevelopment of line 2 at the Avezzano plant, which was completed in 2018.

The second stage was completed at the end of 2019, with the conversion of production line 9 at the Verzuolo plant, the largest paper plant in Italy. 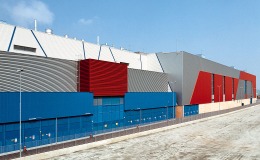 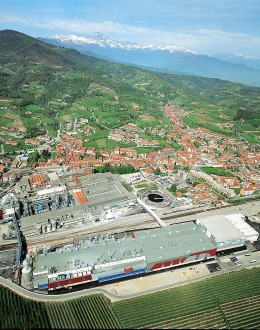 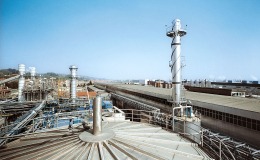 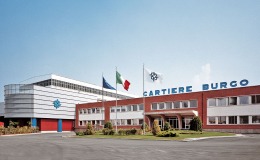 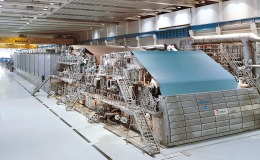 Share
Finished reading? Fortunately,
there is still plenty to explore
Sign up for the Burgo Group newsletter
Back to top