PAPER POWER PASSION
The conversion of the Verzuolo plant to containerboard, completed in January 2020, demonstrates the Group's willingness to meet the challenge of the circular economy: lower consumption of virgin raw materials, the development of local waste recycling chains and the reduction of non-recyclable waste.

The Verzuolo plant is one of the Group's historic plants. It was founded in 1905 and over time has successively hosted nine paper production lines for different uses. PM9, which has twice beaten the world speed record for the production of lightly coated paper (the second record was 1,904 metres per minute equivalent to about 114 km/h), has made Verzuolo one of the reference plants of the European paper industry.

Today this plant and PM9 have been converted for the production of containerboard: a strategic investment in an expanding sector, aimed at optimising the use of raw materials and reducing energy consumption.

This project involved demolition of the existing buildings that housed discontinued activities, to create space for the construction of a building that now houses a pulping department for waste paper obtained from Italian sorting facilities.

The processing and sorting of waste paper enables the fibrous component to be recovered, while minimising the quantities of waste produced during the process , thus reducing dependence on foreign raw materials and achieving a significant reduction in unit energy consumption. 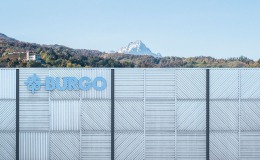 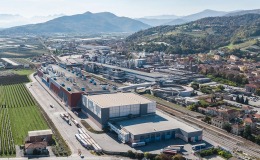 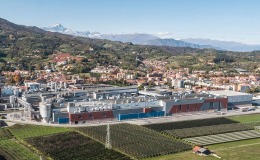 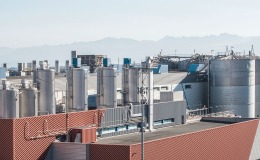 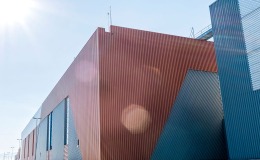 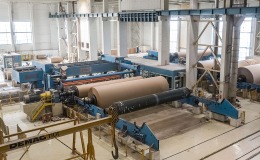 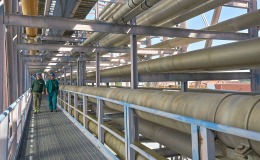 Compared to the historical layout of the plant, where cellulose and wood were used, the new production process uses baled waste paper from the downstream sorting of the separated waste that has been collected.

In order to minimise its environmental impact, production waste undergoes subsequent processing for the recovery of fibre and the sorting of waste components that can in turn be recycled (plastic and metals).

Overcoming the linear economy approach in favour of a more circular system thus offers the opportunity to take account of environmental sustainability and respect for the territory as positive levers for the growth of the local community: in fact, the company's decision to continue investing in the province of Cuneo is clear, contributing innovation and economic growth in the light of the territory's potential and professionalism.