PAPER POWER PASSION
From 20 May to 1 October 2020 the fifth staging of Circonomìa, the Festival of the circular economy and energy in the regions, which has been held in Piedmont since 2016, was held in the Langhe (Alba, Bra, Pollenzo, Novello), Cuneo and Turin. This event is aimed at a wider audience, not just “people in jobs", and aims to promote ideas, business and administrative practices, and social and cultural exchanges that have a common focus on ecology and the relationship between human action and ecosystem health.

Eng. Pietro Alasia represented the Burgo Group during the training meeting for journalists: "The circular economy as a new approach for production and consumption”. It became clear from his presentation at the event that the process of overcoming the linear economic system is progressing in favour of a circular system aimed at allowing, on the one hand, a greater use of recycled paper from local and national waste collection and, on the other hand, the development of local chains for the reuse of waste from production processes. Overall, this gradual change contributes to a reduction in the share of waste produced that can no longer go to recycling. 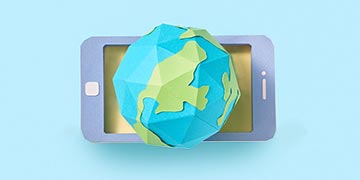 Circonomìa, the festival of the circular economy Go to page
Published
03.10.2020
Share