PAPER POWER PASSION
The Burgo Group's 2020 calendar has its origin in a cry from within that expresses itself in a real anthem to the blank sheet of paper, the source of our deepest inspiration.

The words and images of these two masters, Alessandro Bergonzoni and Manuele Fior, lead us on a poetic journey, in which paper becomes a white sea from which, with a little imagination and much mastery, the most amazing of worlds come into existence.

“All the images start from Bergonzoni's inspiration to play with the idea of paper, in his case creating a series of verbal misunderstandings, while in my drawings the misunderstandings become graphic. A sky that turns out to be a page, on which swallows stand out, unaware of the two-dimensional background. A poster in the Metro that becomes more real than what surrounds it, so much so that it illuminates instead of being illuminated. The white of the paper that turns into snow or water; sometimes it conceals and other times it represents transparency. I tried to reproduce Bergonzoni's flow of consciousness in my drawing, trying to tease out meanings from the sounds of the words. In my case it is the optical illusion that serves to reveal new ways of seeing the material of paper”. This comment was made by Manuele Fior who converted into images six scenes taken from the text Di che risma siamo fatti (from Descartes to the White Sea) written by Alessandro Bergonzoni for the Burgo Group, published in full by Burgo in Cartaceo#02 and presented on 17 November at the Milan Triennial, on the occasion of the Bookcity event. 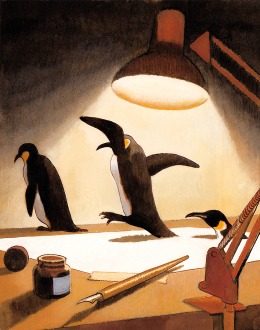 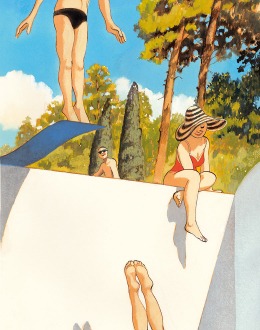 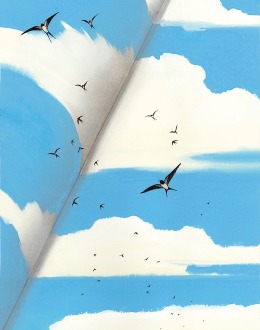