PAPER POWER PASSION
The strategies and outcomes of energy efficiency and the optimisation of water consumption. 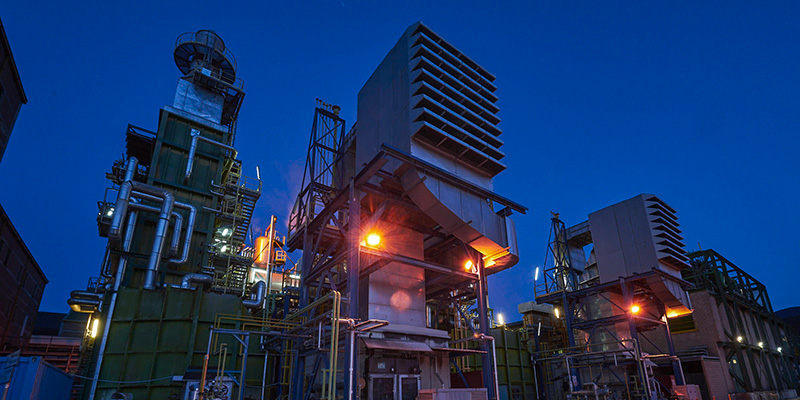 Producing its own energy has been part of the Burgo Group's DNA since its inception when, at the beginning of the 20th century, its founder Luigi Burgo built a hydroelectric power plant and a paper mill to use the energy it produced.

The Burgo Group has a production system with installed capacity of almost 500 MW and in 2019 its plants accounted for almost 1% of Italian electricity production.
Energy is produced through cogeneration plants that rely on well-established technology and reflect best practice in the sector. Most of the Group's plants are classified as “high efficiency cogeneration”, synonymous with high efficiency and low environmental impact thanks to an efficient use of fossil fuel.

Cogeneration is one of the most efficient and environmentally friendly systems for meeting the significant electricity and steam requirements of the various production plants.
The fuel used is essentially methane gas; however, at the Virton plant in Belgium biomass is also used: a mix of black liquor and bark is used for in-house energy production. Additionally, but to a lesser extent, the Group obtains a portion of its energy production from hydroelectric plants.

Renewable energy contributes around 30% to the total energy used by the Group.
In 2018, the goal of decommissioning fuel oil was achieved, as a result of the plant methanisation project. This project was implemented through the conversion of fuel-oil powered utilities to natural gas, generating significant technical benefits and a significant reduction in environmental impact.

The Group's commitment gradually reduced the use of fossil fuels and CO2 emissions into the atmosphere.
The use of methane in combustion for electricity generation results in emissions that do not include sulphur-containing compounds (SO2 and H2S), dust and particulates, and reduced greenhouse gas emissions.

The Burgo Group, through its ISO 50001 certified Energy Management System, has an ongoing commitment to improving energy performance, with results evidenced by the continuous recognition of energy efficiency certificates and numerous projects undertaken over the years with the aim of reducing the energy intensity of its plants.

Past projects have resulted in savings of over 7,000 TOE between 2016 and 2019, corresponding to over 16,000 tons of CO2 being avoided: there have been improvements in compressed air production systems and changes to the continuous machinery at the Tolmezzo plant.
Prominent among investments is the revamping and optimisation of the chemical pulp cooking department at the Burgo Ardennes plant, with consequent positive effects in terms of in-house electricity production from biomass, thanks to a reduction in steam consumption: this is one more step forward for the production unit in the circular economy, since 85% of the fuel used consists of residues from its own processes.
The energy efficiency strategy is based not only on a continuous improvement in the final use of energy, but also on an increase in the efficiency of the Group's cogeneration plants, to produce the energy that the process uses, with yields and methods that are increasingly sustainable in terms of raw materials.

Water is a fundamental resource in the production of paper. It is also a valuable collective heritage for all ecosystems: for this reason, the Burgo Group has adopted policies for reducing consumption, through water recycling, and has invested in optimising its processes. 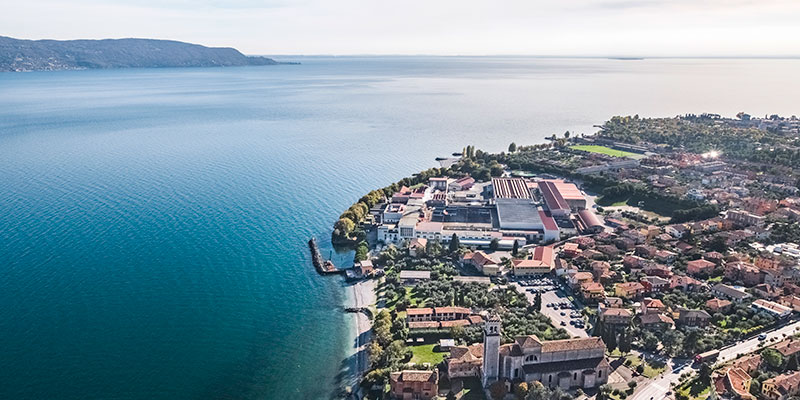 The Group's Management System monitors the entire water management cycle, minimising waste and the risk of contamination. The cycle ends with the management of wastewater, so that water recycled several times within the plants is sent for purification by chemical/physical processes, followed by biological treatment.

The Group has mainly followed two courses of action with the aim of optimising these processes:

The management strategies adopted to facilitate improvements in technology and plant efficiency were important in this respect.

Most plants, including those in which there is no direct discharge into surface water (they are connected to consortium plants), have a wastewater treatment plant designed for recovery in the paper mill. The purification phase allows the water to be reused in the paper production process, in accordance with the degree of purification and quality required by current legislation.

Water reuse has a lower environmental impact, in particular:

We have provided these in black on (a brilliant) white

The Group's data are collected in official reports, printed on Respecta 100 paper, a paper produced entirely from post-consumer recycled fibres and with an excellent white appearance.

Go to the page with latest financial and sustainability reports and download the electronic documents.